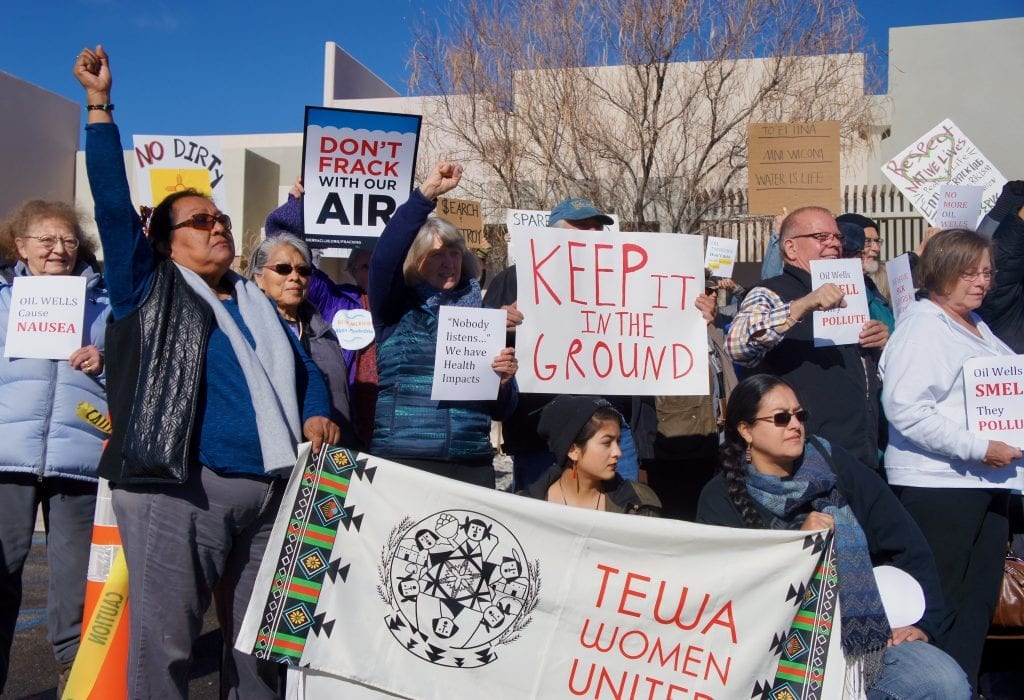 We’ve highlighted how New Mexico’s unprecedented fracking boom is undermining the state’s climate progress, but a new report we released last month with Oil Change International confirms that more oil and gas extraction is a recipe for complete climate failure.

It confirms New Mexico Governor Michelle Lujan Grisham’s support for more oil and gas development is completely at odds with her bold commitments to confronting the climate crisis.

And it confirms that the health, prosperity, and future of New Mexico absolutely depends on the state charting a path away from oil and gas extraction.

At issue is the full lifecycle of greenhouse gas emissions associated with oil and gas extraction. While drilling and development of new wells unleashes huge amounts of methane and carbon dioxide, it’s the ultimate consumption (i.e., burning) of oil and gas that really matters from a climate standpoint.

All told, the latest report, which was released together with New Energy Economy, Physicians for Social Responsibility, EarthCare,  and Youth United for Climate Crisis Action (also known as YUCCA), found that oil and gas extraction in New Mexico was responsible for more than 228 million metric tons of carbon pollution in 2018. 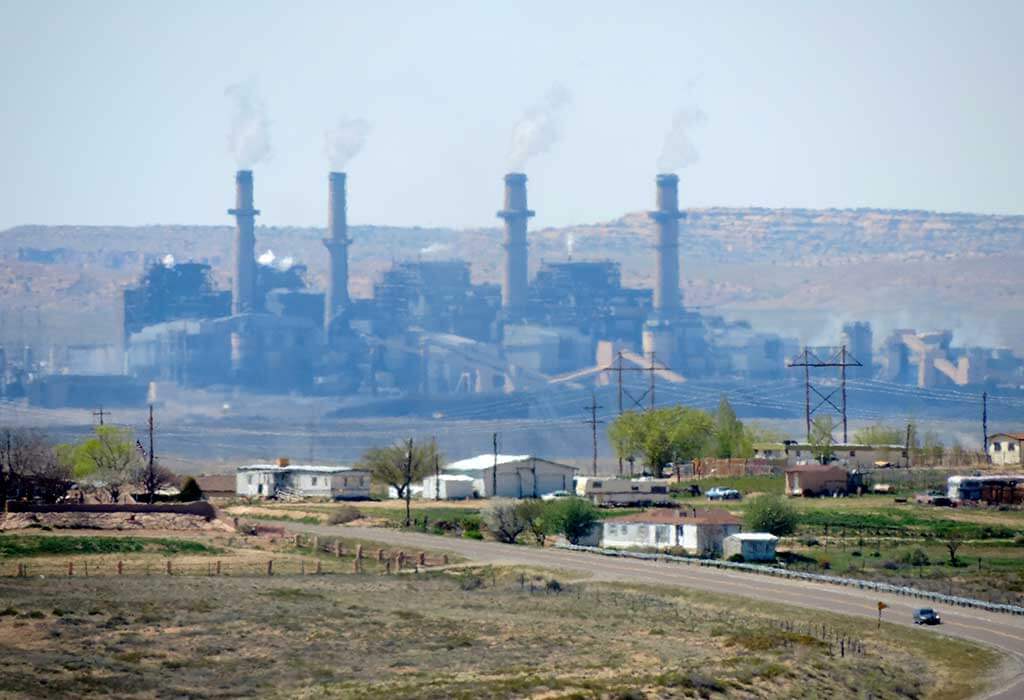 New Mexico’s oil and gas industry is responsible for as much carbon pollution as 58 coal-fired power plants.

It’s this massive, outsized climate footprint that is really alarming for New Mexico.

After all, 228 million metric tons of carbon is nearly four times the total amount greenhouse gas emissions released from all sources in New Mexico in 2018. That’s enormous.

What’s worse, this outsized climate footprint is only getting bigger.

Projections in the latest report, which are based on industry data and forecasts, show oil and gas extraction in New Mexico will ultimately be responsible for more than 478 million metric tons of carbon annually by 2030.

In other words, the climate footprint of the state’s oil and gas production sector is set to more than double in size in just a little over 10 years. 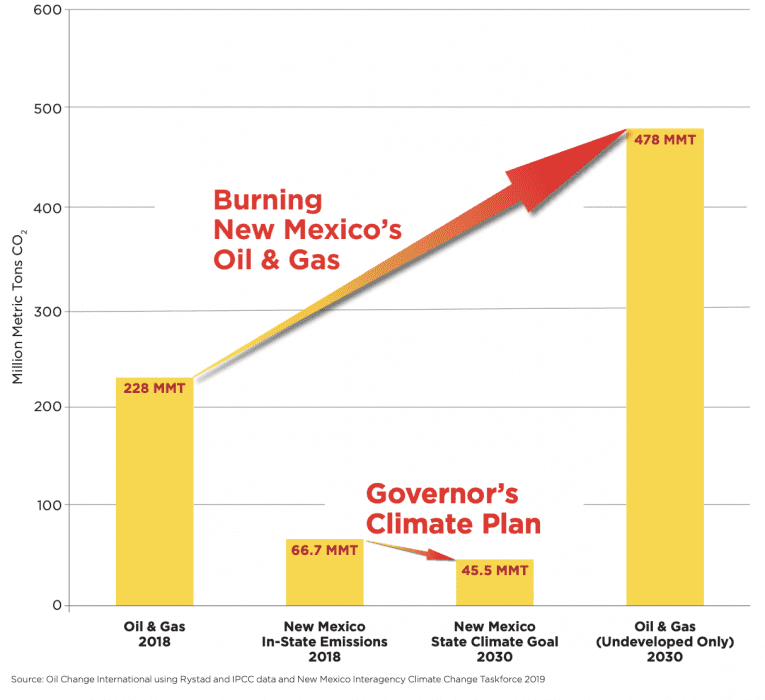 This massive increase in climate pollution is projected even as New Mexico is working to meet ambitious greenhouse gas reduction goals.

Under an Executive Order signed last year by Governor Michelle Lujan Grisham, the state aims to reduce emissions 45% by 2030.

However, even if New Mexico meets this goal, increased oil and extraction stands to completely erase the climate progress that would be made. 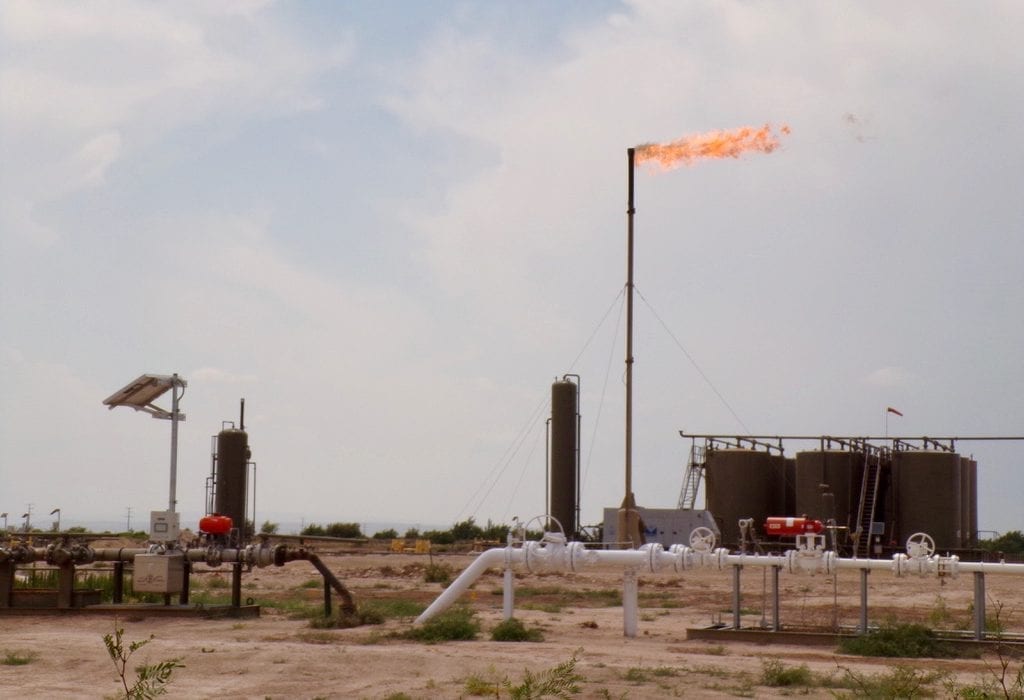 As the latest report shows, not only do total greenhouse gas emissions tied to oil and gas extraction currently overshadow all in-state emissions, but their projected increase will drown out any and all climate gains within the state.

Put another way, New Mexico can’t keep fracking and have any chance of meaningfully confronting the climate crisis.

New Mexico Turning its Back on Problem

In a statement, her Secretaries of the Environment Department and Energy, Minerals and Natural Resource Department commented that, “such emissions are a function of the incentives and regulations of those states[.]” In other words, other states are to blame, not New Mexico.

While it’s true that nearly all downstream, or end-use, emissions from oil and gas extraction in New Mexico are released elsewhere, this doesn’t mean the state can’t make a difference.

For one, study after study continues to confirm that effective climate action must confront fossil fuel supply not simply focus on fossil fuel consumption.

As one recent report from the Stockholm Environmental Institute confirmed, meeting greenhouse gas reduction targets “must be led by a rapid and near-immediate decline in the use and production of fossil fuels.”

More importantly, the refusal to accept responsibility is belied by the fact that Governor Michelle Lujan Grisham’s Administration IS ACTUALLY RESPONSIBLE for all greenhouse gas emissions resulting from oil and gas production in the state. 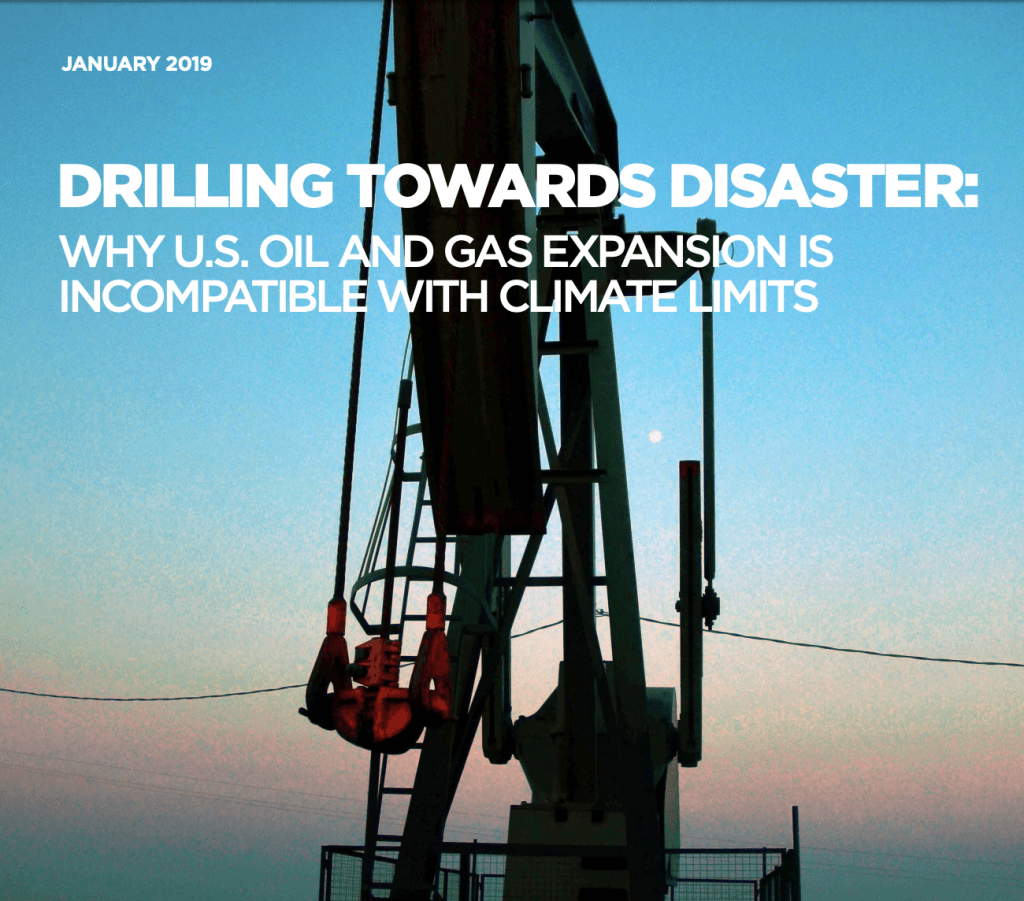 New Mexico is responsible for greenhouse gas emissions resulting from oil and gas extraction in the state.

After all, it’s her Oil Conservation Division that ultimately decides whether or not to approve new oil and gas wells in New Mexico.

This means her Administration has the authority to decide whether to condone more oil and gas production and the resulting climate pollution, or condemn it.

It’s telling that in New Mexico’s Climate Strategy, released last fall by the New Mexico Interagency Climate Change Task Force, there’s not a single acknowledgment of the need for the state to transition away from oil and gas production in order to confront the climate crisis.

It’s clear that to make effective climate progress, New Mexico needs to confront the climate footprint of the oil and gas industry and take steps to wind down and ultimately phase out production.

This is not only entirely consistent with science and reality, it’s also consistent with Governor Michelle Lujan Grisham’s own bold statements and commitments around climate. 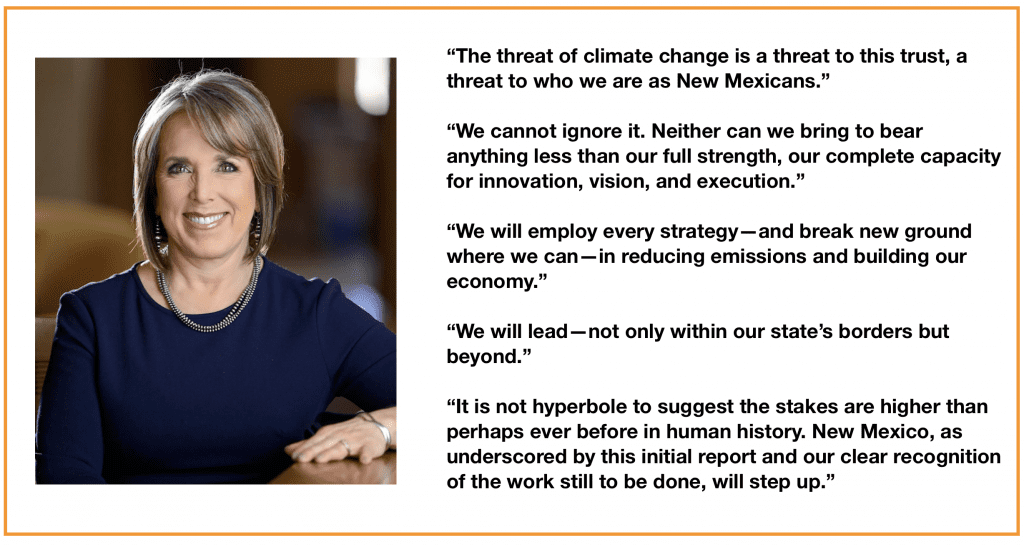 New Mexico can’t frack its way to a safe climate. Unless and until Governor Michelle Lujan Grisham acknowledges the need to phase out oil and gas extraction, then the state has no chance of rising to the challenge of confronting the crisis.

Now, more than ever, it’s time for New Mexico to “step up.”